The Nativity scene of 14 handcrafted life-size figures is a masterpiece of wood carving from Oberammergau.

Wooden christmas classic in the centre of the Erfurt christmas fair 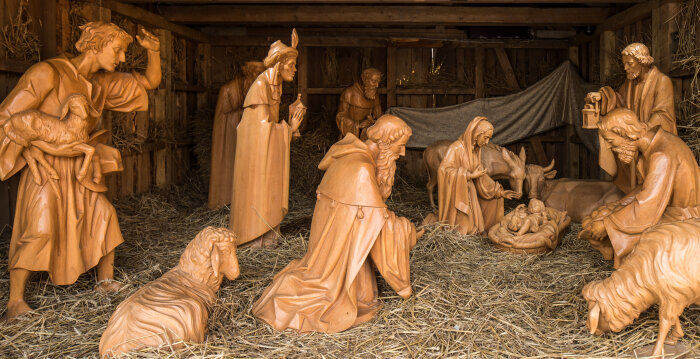 The first nativity figures appeared at the Christmas market in 1991 and were blessed by representatives of the Catholic and Protestant churches during the market's opening ceremony. The missing characters were added in the years that followed at a time when the market stallholders and performers were already helping to fund the Nativity scene through donations.

When the market shuts on 24 December, the Nativity scene is moved into the cathedral, where it remains on display for the rest of the festive season.